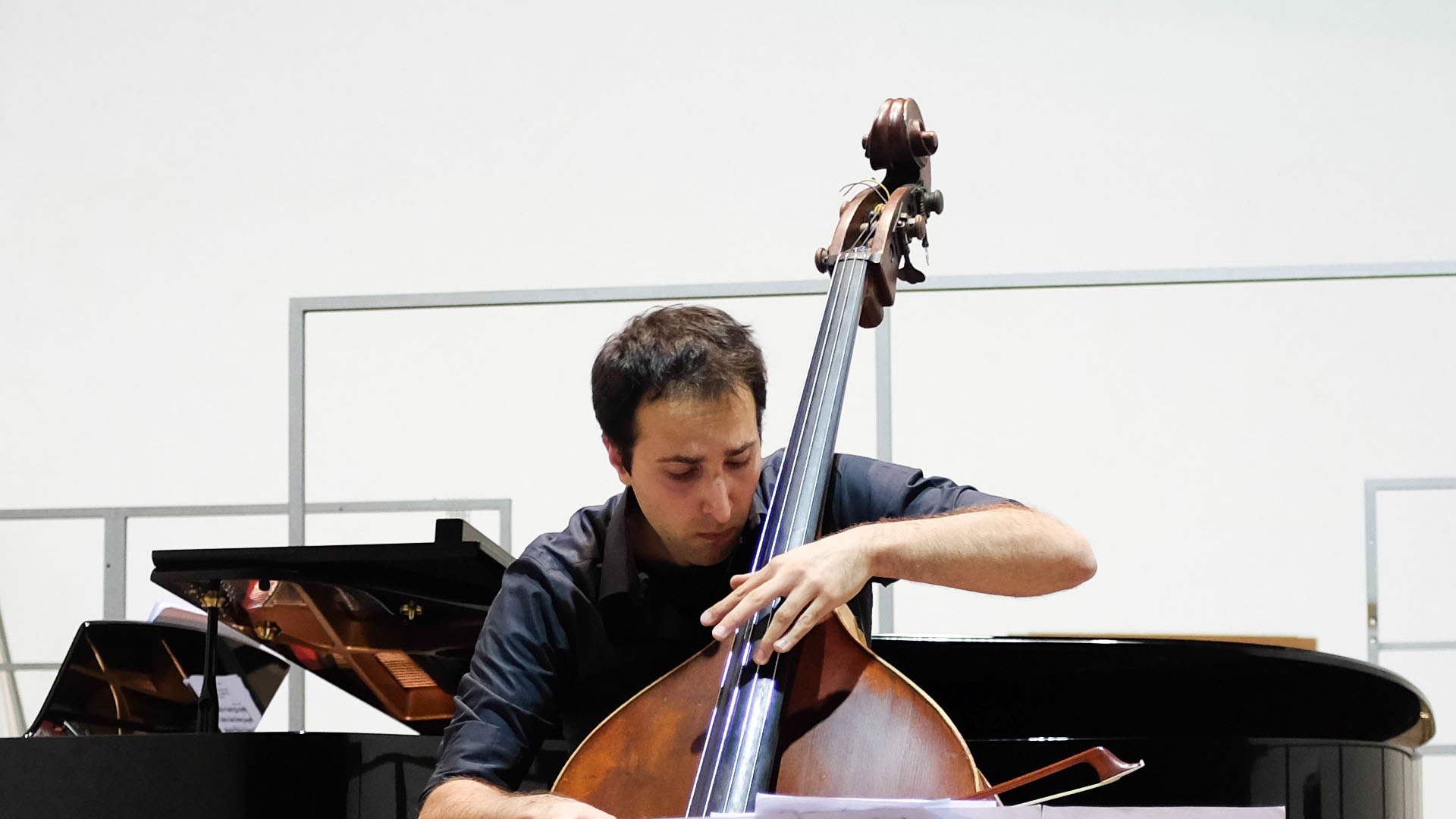 Francesco Platoni (b.Perugia, 1989) is an Italian double bassist. His musical research is oriented to found new interpretations of music for double bass in many different fields, from classical music to the performing arts. He studied double bass with Daniele Roccato and Stefano Scodanibbio. In 2011 he graduated with Honours from Perugia Conservatoire and, in the same year, he obtained a Bachelor’s Degree in Electronics and Computing and an award as the best student of Electronic Engineering department.

His performances are broadcasted by RAI RadioTre, BBC Radio3, Radio CEMAT, Rtv Slo and his recordings are released by ECM, WERGO, Sony, CDKlassik.